The French Government supports the free software in public domain. The Prime Minister Jean-Marc Ayrault has addressed a circular to ministers with recommendations on the use of the open source code. Thus, in the European debate on the issue “free software in public administrations”, France clearly  favours an opening to such a model of intellectual property.

The stance is clear: the circular focuses on the features and – more specifically – the benefits of using the free software, which is presented as a viable alternative to the antagonist proprietary software; this meaning that software giants as Microsoft and Oracle could lose their primacy driven out by software like LibreOffice or PostgreSQL, preferred by both private and public actors.

The letter does not state only principles, but ends with an action plan for ministers and agencies through which implement the transition to the free model.

The question deserves some clarification. What would be the advantages of a massive recourse to the free software by public administrations?

Free software is a software governed by the principle of freedom: freedom to run the program for any purpose, to study how the program works and adapt it to the user needs; freedom to redistribute copies of the program and help your neighbour, to improve the program and distribute these improvements to the public, with the benefit of the whole community. In this model, the source code is available and everyone has the right to study and modify the software; for this reason, nowadays, free software is sometimes referred to under the marketing term “open source”.


On the contrary, the software that is not free is the proprietary software: software covered by exclusive rights which extend to any use, modification, reproduction or redistribution.

Again, why choose free? The advantages are many for both public and private actors; and all of the benefits are in some way related to the principle of freedom which inspires the system.

Flexibility. If anyone can modify it freely, even governments can adjust it according to the particular needs of the administrations.
Safety. The source code is subject to a review by many people, thus it is more difficult it contains faults.
Moreover, free Software facilitates the sharing among public actors and it brings an increase of transparency in information systems: governments have the ethical obligation to make information available to all citizens, not forcing them into a harmful monopoly.
Competition.  Training and support are offered by companies competing on equal terms,  as the code is available to everyone.

Last but not least: Cutting costs.
Public administration is always short of resources and free software  is often less expensive.
Actually, free software is not “free” as not involving any cost; still, its cost is weighted according to the criticality of the systems and is not sensitive to the volume of use. It mostly consists in maintenance costs and contributing to the community.

Firstly, as with all software, it is necessary to integrate it into its information system and ensure its maintenance in operational conditions as well as to evolve it according to the needs. These tasks have to be covered by both the internal load and by service companies. One may say that a “licensing fees” model is replaced with a “service charge” model.

Secondly, the free software tends to self-maintain: it prevents the user of the code to appropriate the community effort without turning some enhancements or corrections back. The contribution to the collective effort becomes a principle. And according to this principle, the plan of the French Government could see up to 10% of the savings resulting from not having purchased licenses of proprietary software reinvested in the improvement of free software.

French Prime Minister has more generally encouraged the ministers to act in coordination and cohesion while making  the ambitious transition to free software, requiring different branches of the French administration to use the same free software, to share experience and cut support costs.

The French government was among the first in Europe to consider setting a national policy on free software. The first proposals are dated in 1999. Then, many ministries, including the Ministry of Defence, Culture, Economy migrated to operating systems based on the free software .

Of course, in the European scenario there are also those who do not think so as it clearly appears from the approach taken by the German Foreign Office. After introducing in 2011 the open source operating system Linux, the German Federal Government goes once again to Microsoft for security issues and costs, although users, political opposition and the international community have criticized such motivations as unsatisfactory.

Italy currently mainly uses Microsoft software, but the reform of the Code for the Digital Administration opens the way to the advantages of the potential future use of open source and to more advanced technological strategies.
Actually the attention for free software is growing in Europe.
It’s common opinion that free software offers large economic, social and political benefits and public administration provides an excellent starting point for the transition to this new paradigm. Some national legislative initiatives have made the use of free software mandatory  for the public sector.
It seems, therefore, that the same intuition is shared by several European countries, even though each of them moves in the transition to “free software” with more or less daring solutions; after all, it’s well known that “freedom” always scares. 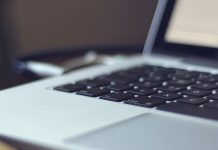 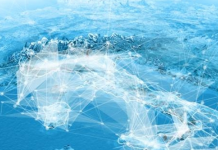 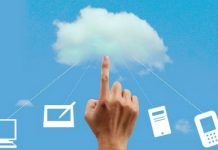