Even the Royal couples go on vacation and, apparently, it is irresistible for gossip readers, to know all the details. Last month, Kate Middleton and her husband, Prince William, were poolside  at the French chateau of the Queen’s nephew, Lord Linley. She was sunbathing topless and pictures of her gave, shortly after, public notice of it all over Europe.

Just a few weeks had passed after photos of Prince Harry playing strip billiards in Las Vegas were published on British press that new publications in gossip magazines were giving rise to a public debate on the limits to privacy of the Royal Family.

The Royal Palace is now facing a battle to contain multinational spread of the Duchess of Cambridge’s topless, due to – what they called – “pure greed” of editors.
The initiative came by the French magazine “Closer”, which, firstly, published the compromising pictures. The Italian magazine “Chi” followed it, announcing the imminent publication of a special 26-pages report on the pleasant issue.

The well-known link between the two magazines currently under attack made it even more interesting the European debate. “Chi” belongs to the group Mondadori; as well as Closer. Two magazines, one group, one owner, the former Italian Prime Minister Silvio Berlusconi.

The undeniable connection has made it necessary for the director of “Chi”, Alfonso Signorini, denying that the publication – so unwelcome to the Royal Palace – concealed intentions of revenge on the part of the former Italian premier against European tabloids who had mocked him before he left his office.


A single theme unites victims and persecutors of this embarrassing story: facts of private life of famous persons have been released to the public, without their consent.

One is the question: is there any breach of privacy? Let’s see what editors, Courts and lawyers think about the issue.

The Royal couple’s office had announced that a legal action against Closer would have been started. Yesterday, judges of  Nanterre ordered Mondadori, as editor of the French magazine, to deliver within 24 hours all the digital copies of topless pictures of the Duchess of Cambridge and blocked any further spread.
But the Court’s decision on the issue affects only the French magazine and does not extend to publications of the photos in Italy and Ireland, as was called for by the lawyers of the British Royal Family.

Alfonso Signorini believes that the pictures do not “hurt Kate’s image” and, more generally, that “Chi pays attention to respecting people’s dignity.”

Even the editor of the Irish tabloid Daily Star, which also published the scandalous pictures, Mike O’Kane claimed for freedom of information, defending publications as he would if the topless of Rihanna or Lady Gaga were at stake: “The duchess would be no different to any other celeb pics we would get in”.

The interest in gossip is high in Europe, and this has allowed the editor to say that he printed the pictures of the Duchess as a “service to our readers”.

Actually, in Europe fines for violation of privacy are long lower than what is likely to be gained through their publication and sale of the magazines.
Moreover, even if a French judgment has called “particularly intrusive” photographs in question,   they had already been spread by the Internet and the international gossip press, which have brought the grainy photos of the duchess to readers and viewers across the globe.

In practice, it will not be the law or a Court to say whether a violation has occurred and might keep taking place. The rule seems to be the finding of interest from the public; then, perhaps, the conclusion might be that Europeans are too gossipy! 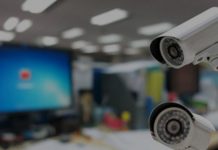 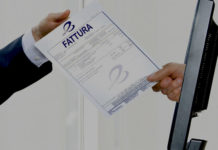 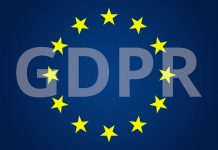