Online social networks often deploy friend recommending systems, so that new users can be discovered and new social connections can be created. This entices users to engage with the service and offers them increasing amount of socially-generated content. Since these services easily have millions of users, recommending friends potentially involves searching a needle in a haystack: finding a good user to recommend can often be a daunting task. This is why platforms such as Facebook, LinkedIn and Twitter merely focus their prediction efforts on friends-of-friends, that is, on users that share at least a common friend, ignoring the vast majority of other users. Extending prediction efforts beyond this social circle is simply not worth it.

Nonetheless, in location-based social networks there is an unprecedented source of potential promising candidates for recommending new friends: the places where user check in. A study by computer scientists at the University of Cambridge exactly addresses the problem of designing a new type of friend prediction system which exploits the properties of the places that users visit.

The researchers have analysed data extracted by a popular location-based social service, Gowalla (which has been acquired and dismissed by Facebook at the end of 2011), studying how users create social connections among them over a period of 4 months. They discovered that about 30% of all new social links appear among users that check in at the same places. Thus, these “place-friends” represent disconnected users that can become direct friendship connections. By combining place-friends with the usual friends-of-friends of a user it is possible to make the prediction space about 15 times smaller and, yet, to cover about 66% of new social ties.

The challenge is then how to exploit the information given by the check-ins of two users who visit the same places to predict whether they will establish a direct connection or not. It turns out that the properties of the places where we interact can describe how likely we are to develop social ties with the people we interact with, as the sociological “focus theory” put forward by the American sociologist Scott Feld in the early 80s suggests.

The authors define prediction variables which quantify users that are likely to become friends considering the places they visit and the properties of these places. For instance, they consider a mathematical concept called the entropy of a place to find venues that are more likely to foster social bonds, such as offices, gyms and schools rather than museums and football stadiums: when two users both visit a place with low entropy, where fewer users check in regularly, it is highly likely that they will develop a social connection.


In summary, the final result is an effective link prediction system which is able to suggest friends based on the places that users visit. These findings have important potential implications for the privacy of users of location-based services. Even when users avoid using social features, a certain amount of information leakage makes possible to infer social connections by inspecting which places, and how often, users visit. Given the growing popularity of powerful mobile devices equipped with accurate location-sensing technology, this might mean that companies are able to reconstruct a user’s social circle by analysing their movements. 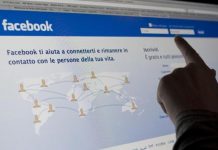 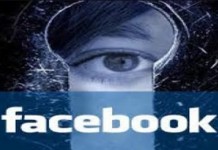 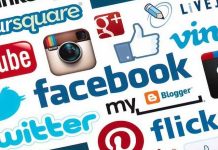