In the previous article we discussed one of the three “arrows” of the economic policy mix suggested by Mario Draghi and Shinzo Abe: structural reforms. This article will now cover monetary and fiscal policies, the other two elements of the strategy.

Unlike structural reforms, monetary and fiscal policies have clear and unequivocal definitions. Monetary policies are competences of Central Banks and they consist in the actions needed to determine the amount and the growth rate of the money supply. Their main tools are the interest rates and the capital requirements, i.e. how much it costs commercial banks to borrow and deposit from and at the Central Bank and how much commercial banks can lend to their clients. Fiscal policies are competences of Governments and they consist in actions to alter the ratio between State’s expenditures and revenue in order to influence the national economy. This ratio is also known as the budget deficit or surplus. Their main tools are taxes and public expenditures; the first drags resources from the economy while the second pumps them into it.

Surprisingly – for things economics – not only the definition of these policies is unequivocal but their application is also largely uncontroversial among economists. Other things being equal, low interest rates and low capital requirements should stimulate credit creation and therefore investments and consumption; higher interest rates and capital requirements should have the opposite effect. Other things being equal, a budget surplus should slow down GDP growth while conversely a deficit should boost it.

However if things were that easy, crisis and recessions should not exist at all. As you may have probably guessed the devil is in a seemingly innocent detail: “other things being equal”, or ceteris paribus from Latin. And the problem is that “other things” are very rarely equal.


Monetary and fiscal policies play a crucial role both in the build up and in the resolution of economic crisis. For reasons of space and relevance here we will focus only on the second aspect. When the economies of Europe were hit by the 2008 crisis, events unfold roughly in the following way: some key European commercial banks were badly exposed to the US mortgage bubble; when it exploded banks suffered massive losses, therefore they started withdrawing credit from the real economy and the growth cycle came to an abrupt end. The sectors where prices had been more inflated during the boom were the first to crumble, notably the construction sector in several EU Member States. Unemployment grew, consumption and investment fell and the contagion spread across other sectors and Member States.

Now, based on the definitions and applications explained above, let us consider how monetary and fiscal policies should have entered in the picture. The Central Bank should have lowered its interest rates to provide some relief to commercial banks affected by increasing losses. The Government should have increased the public deficit to make up for the collapse of private consumption and investment. This is precisely what all EU Member States have tried to do between 2008 and 2009. However things were not equal. Specifically, within the EU not all Member States have complete control over their fiscal and monetary policies.

A country that does have complete control over these two policies is the UK. The UK followed the manual: its Central Bank slashed the main interest rate from 4.7% in 2008 to 0.6 in 2009 and 0.5% from 2010 onwards. The UK Government increased its deficit from 5% in 2008 to 11% in 2009 and kept it relatively high for several years afterwards. However the UK used the two tools in strict interaction. The UK Central Bank started a programme to purchase Government bonds which to date totals around £ 326 bn. This way the Government could finance its deficit without relying solely on the financial markets. This helped to keep bond yields down, therefore reducing the financing costs of the State. In addition, it allowed the money supply operations to be more effective. This is a key point: Central Banks can lower interest rates but cannot force commercial banks to lend nor citizens to consume and invest. Individual economic behaviours are closely linked to expectations. In the midst of a crisis the prevailing pessimism of consumers and the falling profit margins of firms tend to have a dampening effect on private economic activity. Therefore Government expenditures are – in times of crisis – probably the most effective way to ensure that the money stock increases in line with the objectives of the Central Bank. Moreover public expenditures can be directed towards the worst hit areas of a country, thus helping them to recover, a policy known also as “fiscal transfer”. Finally the outcome of this interaction between monetary and fiscal authorities is the expansion of GB Pounds in circulation, which lowers the value of the currency in terms of foreign currencies. As a matter of fact the GB Pound started depreciating against its main competitors’ currencies, the US dollar and the Euro. The effect on the economy is twofold: exports are boosted as price competitiveness of UK goods improves compared to its partners, and imports are reduced. As foreign goods become more expensive, citizens shift their expenditures internally favouring domestic firms. Other EU Member States like Sweden, the Czech Republic or Poland applied policies similar to those of the UK. As a result growth rates resumed, unemployment started to fall and these countries performed relatively well after 2008 or started to recover more robustly. Of course these variables only paint the aggregate story and do not tell us anything on the quality of these growth performances – whether public investments were made smartly or whether income inequalities raised or decreased. However they show a macroeconomic outcome that is consistent with the theory sketched out above.

Member States of the Eurozone do not control their monetary policies and to a large extent also their fiscal policies; for them the situation is radically different. For a start the European Central Bank sets a single interest rate for the whole area while conditions in each Member State may be very different. In other words, at any point in time the ECB interest rate will be too low for some countries and too high for others. Secondly, the Eurozone does not have a federal government with its own fiscal capacity; therefore public expenditures cannot be expanded in a centralized way, nor can they be directed towards specific regions, i.e. there are no fiscal transfers. Thirdly, the ECB is forbidden by its mandate to buy Government bonds. This means that Euro area Member States are entirely dependent on financial markets for their borrowing needs and when markets are turbulent, for whatever reason, this is reflected in increasing financing costs for the State. Consequently the money supply channel operates in a less effective way. As a matter of fact while ECB interest rates are very low, investment and consumption in the EA remain largely depressed. Finally the currency exchange rate mechanism functions only partially. The Euro can appreciate or depreciate vis-à-vis other currencies but this does not affect the relative competitiveness of Member States within the Euro area. To be concrete: Spain cannot devalue its currency to become more competitive than France and vice versa. Relative competitiveness among EA Member States is therefore determined by the evolution of internal prices and wages, meaning that for Spain to gain competitiveness its prices and wages must decrease – or increase more slowly – than those of France. This process ofinternal devaluation may be extremely slow and to date its effectiveness is far from certain.

To sum up, monetary and fiscal policies are very powerful macroeconomic tools that Government can use to stabilize the economy and lift it out of crisis. However to be fully effective they must be used in combination. Sometimes a monetary stimulus may be sufficient to revive growth but often fiscal policies are needed to kick start the recovery. The absence of synergies between fiscal and monetary policies in the Euro area explains why the currency union has performed so poorly after the crisis. This brings us back to the first article published on this newsletter where we showed that due to its inadequate aggregate fiscal and monetary policies the EA was as a whole still trapped in an economic downturn. Once again, we can only conclude that fixing these issues remains a prerogative of policy makers and requires a coordination of actions that so far has been less than ideal.

ISCRIVITI GRATUITAMENTE QUI A NEU – NEWSLETTER FOR THE EUROPEAN UNION 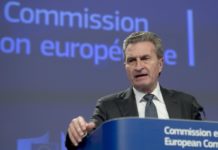 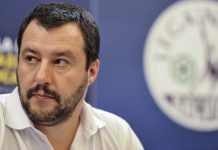 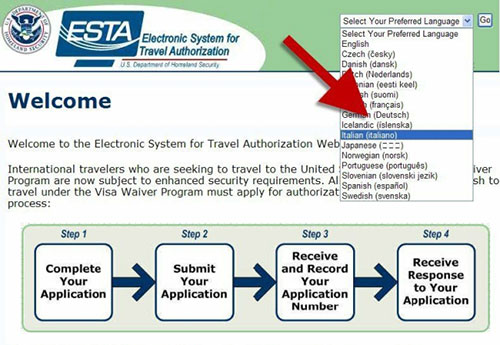