Bullfights are not just in Madrid. The traditional sport involving the fight between men and bulls has a French version.

Bullfighting has always been known as a Spanish passion and penetrated into France in the last 150 years, to become particularly popular in the southern cities.
Since then, extravagant festivals animate every year the cities of of Arles, Bayonne and Nimes, giving rise to an unbroken tradition.
The “traditional” bullfights “do not harm people’s protected constitutional rights”  held on Friday the France’s Constitutional Council, arguing the bloody spectacle is in conformity with the French Constitution.

The top legal authority has thus rejected a plea from animal rights campaigners to ban bullfighting.

The question goes to the heart of some animalist sensitive celebrities; among promoters of the anti-bullfight challenge: Brigitte Bardot, Alain Delon and Jean-Paul Belmondo.

The animal rights groups claimed that bullfighting should be abolished throughout the country, because in contrast with the French law prohibiting cruelty to animals.
However, the Constitutional Court has recalled sections of the law allowing exceptions, justified by the need to preserve traditions and heritage.


Strong criticism from the European anti-bullfighting lobby called CRAC, considering the court’s ruling “politically motivated” and proving that “the Constitutional Council is anything but independent.”
“How can this possibly be a logical decision when the majority of people in France support a ban?” CRAC President Jean-Pierre Garrigues told France 24.
Despite the resistance the campaign does not end here.

Bullfighting has already been banned in some regions of France, but the animal rights activists do not give up.

The aspiration is to achieve the complete abolition at the national level and, after the “No” pronounced by the national highest Court, a new step to the European Court of Human Rights is already on the agenda. 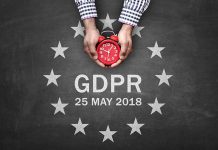 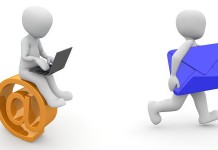